Vance Allen aka “Big Al” owing to him being bigger than other “Al’s”, is the Team Leader for The Parachute Team. Vance joined the Army back in 1983 and has served with the Royal Armoured Corps, Royal Signals, Royal Corps of Transport and finished his time as a Warrant Officer First Class in the Royal Logistic Corps.  Vance says “I was a late starter in skydiving, but have been doing it for over 16 years, I can honestly say that for many years I made excuses why I should not do it, but after a few beers in the Mess I gave in to peer pressure and was persuaded to give it ago.  I wish I had started when I first had the opportunity a long time ago. It goes to show that you should never give in to fear and try everything for yourself.  Since then, I have introduced many to the sport and coached them from novice parachutists to experienced skydivers and expert display jumpers.  I can honestly say that display jumping is the most scared I have ever been but with that fear comes the biggest buzz, and I hopefully give the audience a thrill alongside raising awareness of the British Legion”. 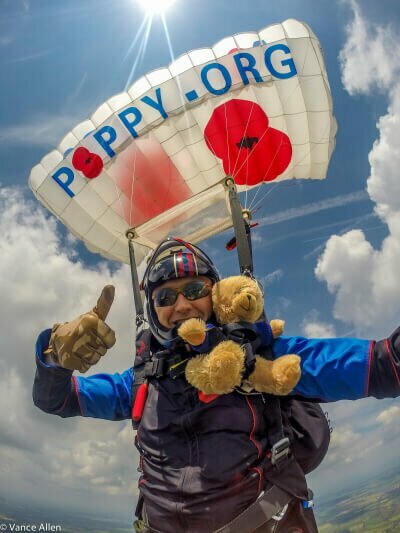 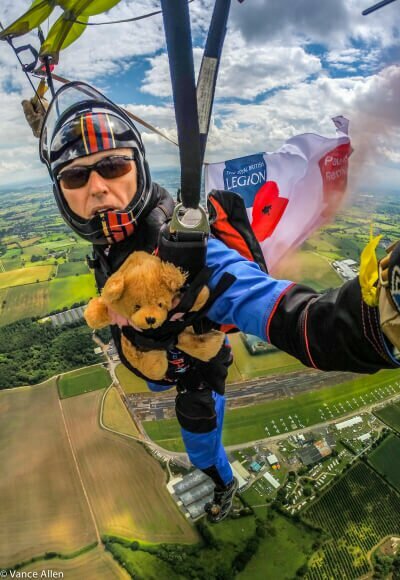 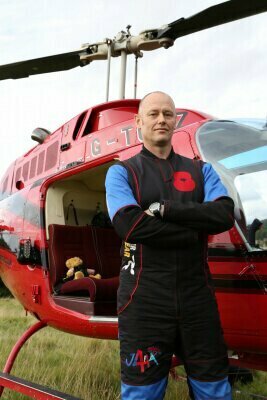 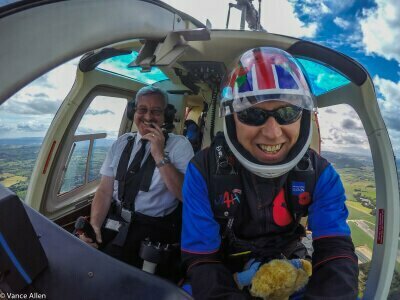 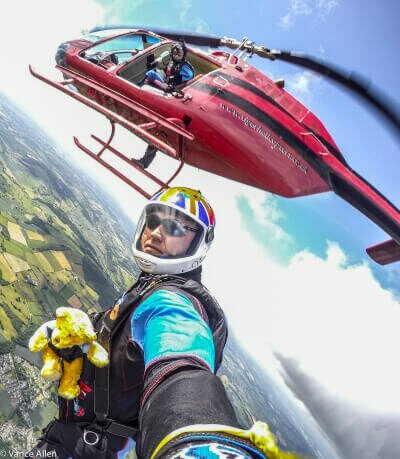 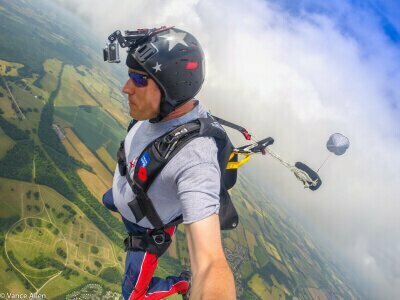